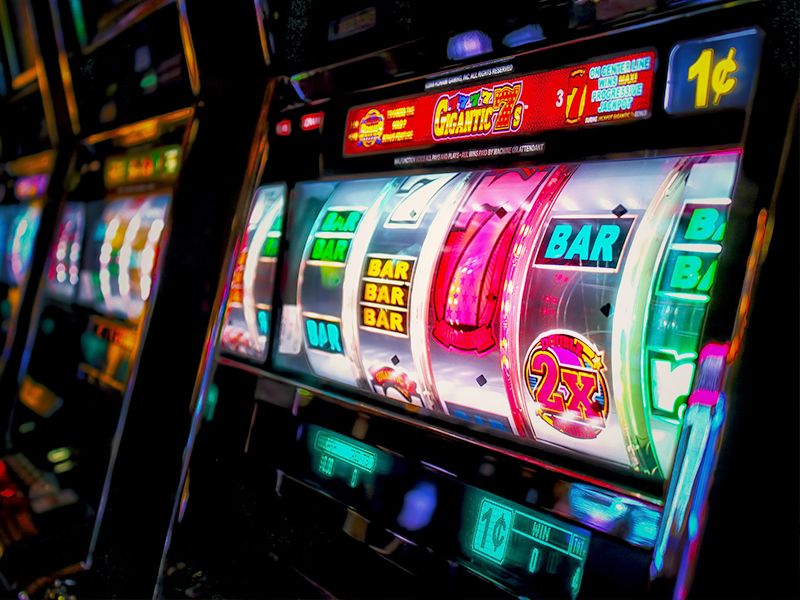 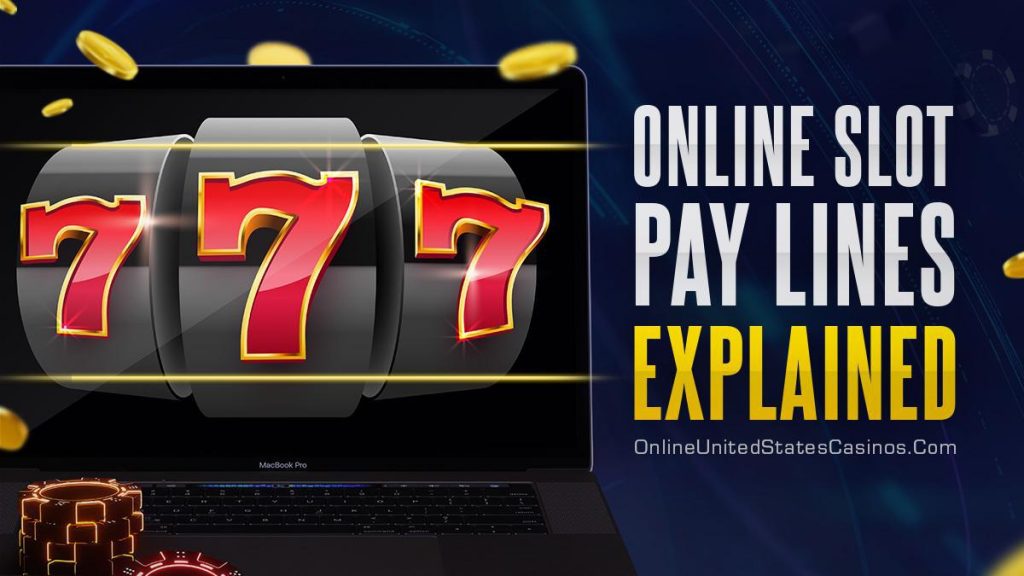 When it comes to slot gameplay, newbies get told that they must first grasp what return-to-player and variance are before spinning digital reels for real money. While that is most certainly true, another element that they must also understand, and, which is just as crucial, are paylines. These are one or more invisible strokes that run across the reel grid and wait for the correct symbol combinations to land on them. When they do, they make the game payout a win.

In a bygone era, reel-spinners only used to feature a few of these lines. Yet, nowadays, titles in this genre have evolved to a point where they incorporate thousands of them. Given that hundreds of online slots hit gambling platforms each year, having a firm understanding of the basics of slot gameplay is essential in quickly adapting to the slew of incoming changes in this industry’s product offering.

What Are Paylines & How Do They Work?

The simplest way to explain a payline is to examine a classic fruit machine. These are old three-reel, three-row slots that feature symbols like cherries, lemons, bells, and sevens. Due to their configuration, they display nine images on their reel grid per spin. If three identical ones line up on its middle row, the slot will then pay out an appropriate prize. That reward depends on that specific title’s paytable, which determines the corresponding awarded multiplier for every three identical symbol combinations that lands on the slot’s middle row. You can check this information on the info page of your chosen game in its paytable section.

Naturally, as time passed, players began craving more diversity in their slot gameplay, as playing a single payline game can get pretty monotonous. Thus, developers responded by increasing the number of reels and rows, and consequently, the number of paylines. Today, the most rudimentary online slots feature a five-reel, three-row configuration. Straight horizontal lines are also a bit passé now, as games more frequently utilize ones that move in different directions from one side of the reel grid to the other.

A more modern definition of paylines is pre-defined patterns which the game reads to see whether you have scored a winning spin. Note that paylines are always predetermined and static. Some games let you choose the number of active ones that you can bet on, down to a specific minimum limit. The higher their number, the better your chances of walking away a winner become. Yet, such opportunities require that you stake more money. So, choosing the right amount involves weighing the risk-reward factor. The average industry number of slot paylines ranges between fifteen and fifty.

As touched upon above, some developers have moved away from the traditional way of forming winning combos. For example, cluster-pay slots are a sub-genre that does not use lines. In such games, bundled up groups of symbols up to a specific number, usually five or more, yield prizes. You form clusters of symbols per spin to earn rewards, not lines. What is essential in such titles is that symbols landed are adjacent to each other, connected by two angles, constructing a cluster. Most cluster-pay slots pay both ways, unlike classic ones, which only provide wins for symbol combinations that form from left to right.

An example of a cluster-pay slot is NetEnt’s Aloha!, which hit online casinos in 2016. It is a low variance game that requests that you match at least nine symbols in a cluster for it to provide a reward. The max payouts on Aloha! are for combos that consist of thirty clustered tokens. Since this is a six-reel, five-row game, that means that the entire reel grid must get packed with identical symbols for Aloha! to payout its most alluring prizes. Some refer to this format as the X-ways to win system.

A payline is a pre-established line, straight or zig-zagged, that crosses the entire reel grid. If identical symbols above a specific number land on it, a slot will pay out a pre-arranged prize listed inside its paytable. Many developers and players look at paylines as an outdated concept. That is why the industry is embracing new ways of forming winning combinations on symbol grids. They want to boost the level of dynamism involved in the slot experience, making it more engaging. Cluster-pay or X-way slots are a popular subgenre that has recently gotten traction in the industry. Expect to see more novel winning combo forming mechanisms get adopted soon.

Shelly Schiff has been working in the gambling industry since 2009, mainly on the digital side of things, employed by OnlineUnitedStatesCasinos.com. However, over her eleven-year career, Shelly has provided content for many other top interactive gaming websites. She knows all there is to know about slots and has in-depth knowledge of the most popular table games. Her golden retriever Garry occupies most of her leisure time. Though, when she can, she loves reading Jim Thompson-like crime novels. 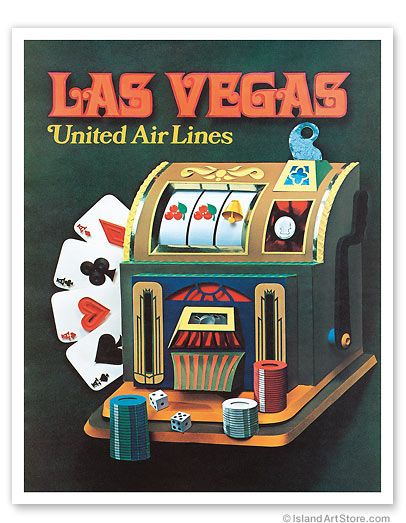 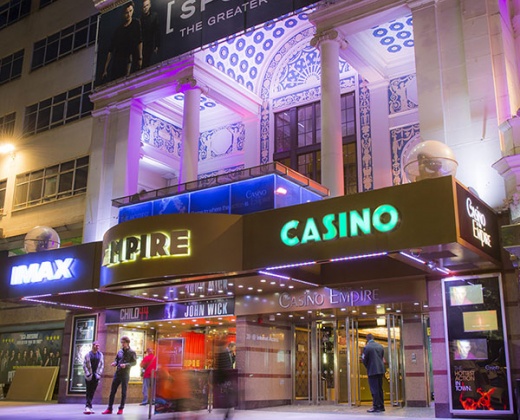 Formerly the Empire Ballroom – which, in turn, began life as a Victorian music hall in the late nineteenth century – the Empire Casino is situated in Leicester Square in the West End of London. The transformation of the historic building into what is now the biggest, and arguably the best, casino in the British capital city reportedly cost £16 million Inspired by the casinos of Las Vegas, with bright, artificial lighting and no windows, the Empire Casino opened amid considerable fanfare in June, 2007. Owned and operated by U.S. casino and entertainment company Caesars Entertainment, the Empire Casino occupies two floors and over 55,000 square feet of floor space.

This stand out bricks and mortar casino draws in crowds, both local and also those visiting from afar. Of course though tourism in these tricky times has become far from a formality, with covid placing limitations on our daily lives. As such many opt for online casino sites featuring slots games like ruby slots casino. Often websites have an advantage over their offline equivalents as they offer the very best online and welcome bonuses. Also the number of slots variations are essentially countless and the convenience factor of playing casino games in your home cannot be overstated.

Still, bricks and mortar casinos like Empire will always be an appealing option. The main body of the casino, on the ground floor, features 30 gaming tables, offering American roulette, blackjack, punto banco and three card poker among other games, together with a selection of state-of-the-art slots and electronic roulette machines. The private poker room, also on the ground floor, can accommodate up to 80 players at a time and is a regular venue for World Series of Poker (WSOP) events, not to mention a monthly Cash Race Tournament, with guaranteed prize money of at least £25,000.

Away from the casino floor, sports action is streamed to two giant screens, and numerous smaller ones, in the Carlsberg Sports Bar 24 hours a day, every day, and the Icon Balcony Bar, which is open from late afternoon until late in the night, offers a vantage point over the West End. These offer a great temporary break from playing casino games where you can either make sports your focus, or discuss your impressive wins with friends and strangers alike.